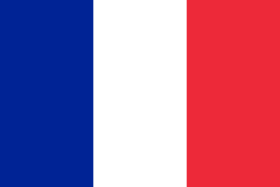 The barbaric massacre perpetrated in Paris at the cost of an unbelievable high number of innocent victims has shocked the entire civilized world. While strongly condemning the carnage with the severest existing words, we feel all very closed to the families of the victims and hope that the many people who were injured will recover soon.

We express deep solidarity with the entire French people and their authorities.

These are hours of sadness requiring respect for the victims and  refection, avoiding irresponsible political exploitation.

What happened in Paris proves one more time the total insecurity of whatever big or small community in facing epochal changes with Europe being a special objective of terrorism.

I hope that the member states of the European Union will realize the urgent need to be more united in taking a pro-active approach in facing the growing  threats of terrorism.

I think that at this point the entire Western world should be aware of the basic ins and outs of the Islamic world, with special regard to the destructive goals of its extreme wings, largely embodied in the ISIS.

While sticking to the main values and principles being basis of our civil living together,  the EU member states can’t anymore turn a blind eye to what is undermining the entire continent; they need to provide the European Union with a real power enabling it, jointly with United States and other countries sharing the same values in shaping a peaceful future of the world, to launch a major crackdown on the roots of forces threatening the distraction of our millenary history and fatally  jeopardizing our future.